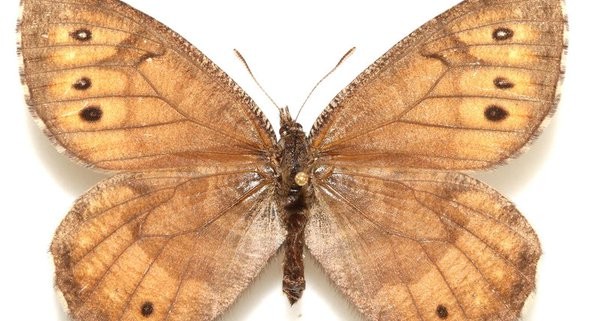 It’s easy to think that we have already discovered all that there is to discover in the natural world, but it’s just not true. This month, researchers have uncovered a new butterfly species in Interior Alaska. It’s the first one to have been discovered in Alaska in almost 30 years. Take your Alaska car rentals through the interior of Alaska to try to catch a glimpse of the state’s newest butterfly.

The butterfly is a hybrid species that was created before the last ice age. It is called the Tanana Arctic, and it appears as though this species is specific to this region, which means your only opportunity to see it is when you’re traveling in your Alaska car rentals.

The Tanana Arctic is a bronze-brown color, with shite specks and veins on its underside. It looks almost as if snow has dusted the base of the butterfly with waves of white and dark brown.

Where can you find the butterfly?

The butterfly may have been found in ancient Alaska’s strip of land known as Beringia. Currently the butterfly can be found in the forests around Tanana-Yukon River Basin. Spruce and aspen trees are the homes of these butterflies, and if you take your Alaska car rentals around the basin you may have an opportunity to see one these butterflies.

These butterflies love the cold temperatures, and need to stay in an area where they can stay cool. This area was a prime place for many species to live during the most recent Ice Age. It remained free of ice during the Ice Age and butterflies could survive in the cold without being frozen.

A hybrid of the two

How will this tell us about global warming?

These butterflies may be able to act as strong indicators of global warming. Having survived since the last ice age, their resilience is evident and death of the butterflies could indicate a dramatic shift in the environment. A more significant indicator of climate change will be if the butterflies begin to migrate out of the area. As we are already aware that the permafrost is melting, if the climate continues to worsen the Tanana Arctic will eventually begin to migrate to find climates more suitable to them.

The Tanana was hiding

Oddly enough, the Tanana Arctic was on display in the museums as soon as 1955, and went undetected. Its similarity to the Chryxus Arctic allowed it to hide right beneath the careful gaze of the scientists and researchers.

The butterfly species of Alaska

Alaskan butterflies live for as long as (or even longer than!) a year in the state because of the cold. In fact, the butterflies can even use the winter months as their growth period in the chrysalis form.

Take advantage sight seeing the myriad incredible species across the state when you reserve your Alaska car rentals from Avis.

April in Alaska: Tips, Trips, and the Transition

Halibut Fishing in Alaska is Back!
Scroll to top