You are here: Home / Locations / Haines

Due to travel restrictions associated with COVID-19, we have suspended operations at this location for the 2020 season. We are looking forward to re-opening in 2021!? 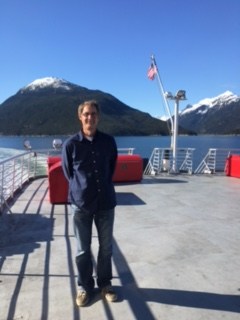 Jeff Butcher has been the manager at the Haines Avis location for 7 years. He loves working with a brand new, high-quality fleet of vehicles as it allows him to confidently serve his customers.

His favorite part of Alaska is the Haines Highway, which offers a spectacular view of the natural beauty around Haines. He often takes a drive out to see the oceans, the river, and the mountains around the city.

Avis is in the Halsingland Hotel at 13 Ft Seward Dr. Whether you arrive by ferry, cruise ship, or airplane, call us at 907-766-2733 and we’ll direct you to Avis. Avis is a few blocks from the tour ships, 3 miles from the airport, and 5 miles from the ferry. Haines is accessible by road, boat and plane.

The preserve was built along the Haines Highway to protect the world’s largest concentration of bald eagles in their habitat. This also helps sustain the natural salmon runs. Haines has a Bald Eagle Festival every year (See scheduled dates here).

Sheldon Museum and Cultural Center – At age 8, Steve Sheldon bought a Trans-Atlantic cable, the first item for what would become the museum. Steve and his wife shared a love for collecting, and acquired 50 years worth of collectibles.

Located at 108 Main Street, the Hammer Museum exists to research, identify, exhibit, preserve the history and use of hammers.

Valley of the Eagles Golf Links

Tour the live animal wildlife of indigenous animals; such as lynx, wolves, wolverines, caribou, foxes and much more. The center is at Mile 18 Mosquito Lake Road.

Dalton City – Home to the 4 day fair in the last week of July and includes a logging show, fisherman’s rodeo, live music, rides on a 1920 Herschell-Spillman Carousel, Native dancing, and displays of totemic crafts, art, and photography.